Written by Kelvin Collins with 25 years of real estate experience in the Otago region.

In the past the property market has continued to perform during a downturn in tourism which we saw with SARS and 9/11 in the early 2000’s. However financial instability will have an impact on the market.

The answer to the overarching question “What will the property market will look like in a few months?” is unknown to all, but we can compare the current crisis to the last bubble that burst.

The GFC lasted for 18 months but the true state of the secondary finance industry took longer to come through with South Canterbury collapsing in 2010.

Some quick facts from the GFC; 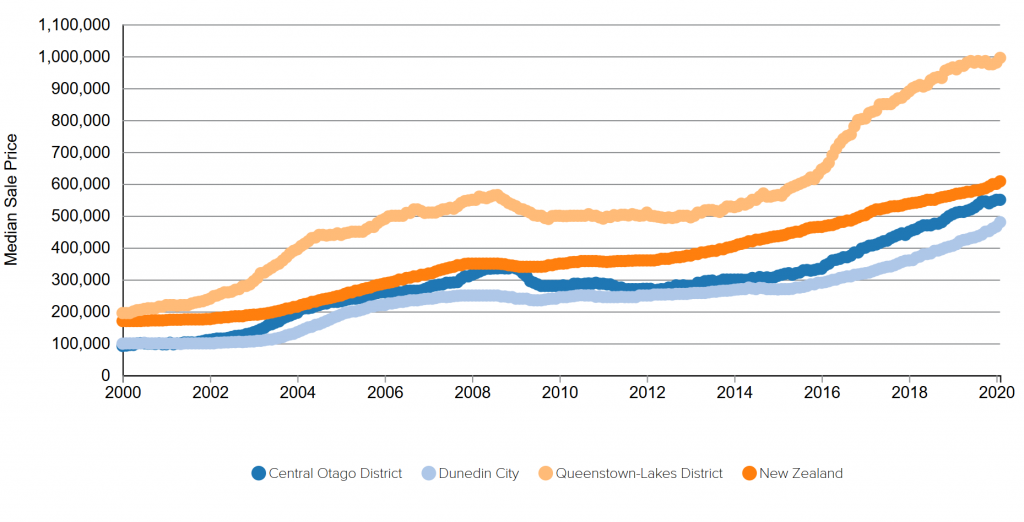 The GFC correction resulted in a 10% reduction in median house price in Queenstown Lakes with lesser falls in Central Otago and slighter reduction in Dunedin.

The Central  market had slowed before GFC and it entered the downturn with an oversupply of  Managed Apartments and Sections for sale. Over the course of 2 years these reduced in value by 50% which brought down the median value. Good suburban houses held their value although those with deferred maintenance or poor design softened in value. 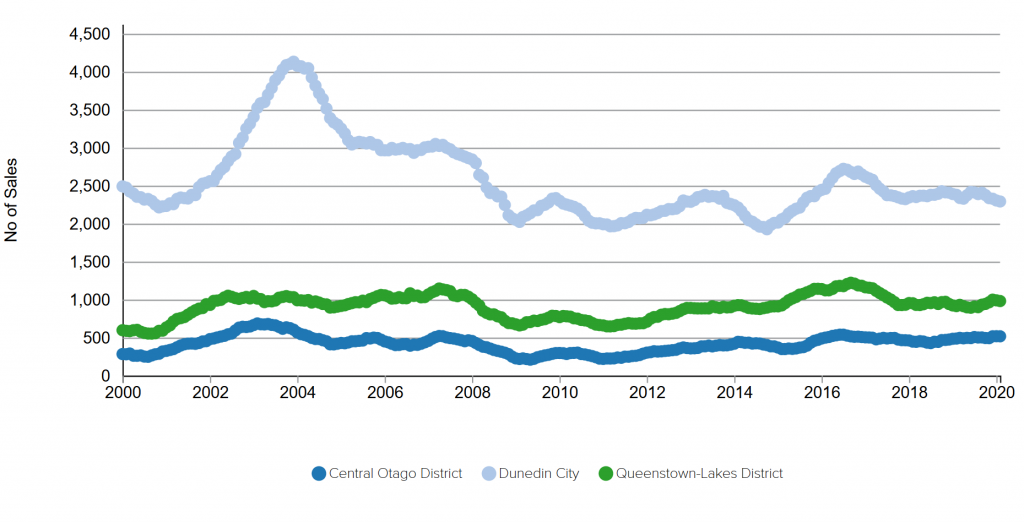 Between 2007 and 2009 sales volume reduced 40% in Lakes and Central Otago region which is about 25% lower than 2019 volume. Dunedin reduced to a level 10% below today’s volume. The segment with the biggest reduction in volume were apartments and section sales. Family homes were less affected.

The country is in a stronger financial position than it was in 2007 with low debt and also a good trading surplus up to now. The Banking industry has been lending responsibly and maintained good reserves plus  the Farming and Horticulture sector are still performing well with China back buying our exports.

The government’s fiscal response has been fast with five times more funds already handed out than during the GFC and I believe there will be more financial relief to come.

Unlike 2007/10 all markets currently had a shortage of property for sale. Sales volumes had not reached unrealistic levels with less speculative building.

Most property owners have at least 25% equity in their property and the mortgage relieve will help those with short term cash flow problems.

What we don’t know

What is unknown is how a global lockdown down will affect global financial stability, especially in Europe and what the repercussions will be.

Will there be a domestic  winter ski season for Otago? How long will this lock-down be in place for?

During periods of uncertainty the fall back position for most is to do nothing which creates opportunity for the brave.

Some newly established businesses or businesses previously trading under financial pressure unfortunately will fold, especially in the hospitality industry. This will lift unemployment or may result in selling property to support the business venture.

The second home market will be weaker until the countries economy recovers.

Managed Apartment demand will be weaker until occupancy recovers. There is volatility with operators in this sector, especially those that provided a guaranteed return.

Prices for family homes in new subdivisions will reflect closer to replacement cost.

The majority of owner- occupiers have at least 25% equity in their property and will be in a position to ride out any downturn.

After the lock-down comes to an end people may decide their current house is no longer suitable after being confined in it for a long period of time, or decide they can no longer live with those people they were isolated with.

Investors will  look at property as a safe investment as it isn’t subject to the volatility  of the share market. A reduction in rents will be offset by the benefit of lower interest rates for a longer period of time.

The impact will be quicker  than the GFC with no fewer continued surprises. This is due to better regulations and disclosure around the financial industry and public companies. The proviso to this is that the World Bank helps some European countries obtain financial stability and that the virus is under control in most of our trading countries within six months.